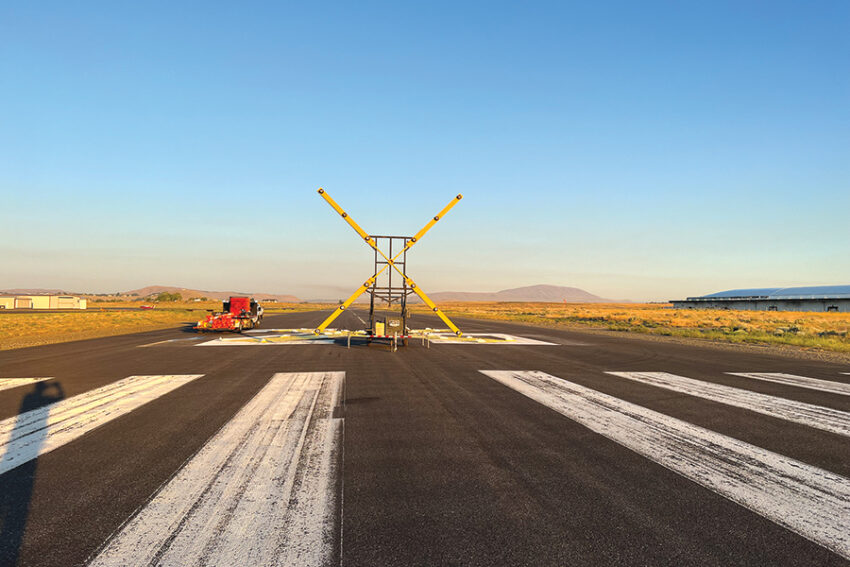 The Port of Benton has been busy investing in promoting economic development in Richland, Prosser, Benton City and Benton County.

In Prosser, a triple ribbon-cutting in mid-September provided a belated celebration for businesses located in Vintners Village, a retail plaza opened by the port.

The event represented continued growth at the site, following a second phase of the plaza on Port Avenue, with the arrival of three new businesses that opened during the pandemic: Cork and Taps by Domanico Cellars, Sister to Sister on the Ave. and Wautoma Springs winery.

“The new tasting rooms and gift shop are vital to the community’s economic growth and attract visitors from around the region,” said Diahann Howard, the port’s executive director. The port serves 57,000 Benton County residents.

The “walkable wine village” includes a dozen local businesses and the office for the Prosser Economic Development Association.

This is the second Prosser location for Sister to Sister, a popular boutique.

“The Port of Benton had space available that we could have not only warehouse space, but we could build a bakery as well,” said M’liss Bierlink, owner of Sister to Sister. “Then there’s an upstairs which we will be using for an online store. The stipulation as a tenant was that we needed to have a presence for tourists and people to come because that’s why they built those buildings, and so that’s what prompted us to do the storefront.”

A month prior to the ribbon-cutting, the port also welcomed Tirridis, a sparkling wine company, and Narratif, a family-owned wine company that moved into a space once occupied by Wit Cellars.

The port also was able to shine a spotlight on Prosser in spring 2022 during the TBEX conference for travel content creators.

“We supported the TBEX North America event that was delayed a year by Covid,” said Miles Thomas, executive director of the Tri-Cities Research District and director of economic development & government affairs for the port. “We sponsored a full-day outing the last day of the conference in Prosser.”

The Port of Benton is a public entity governed by three commissioners, two elected and one appointed to fill a vacancy. The port serves an area that extends from Richland to Prosser. It has a budget of $18.4 million, with revenue derived from lease payments, property taxes and grants. It spends 60% of its budget on capital projects, 20% on operations and 4% on debt.

The port is supporting the local wine industry and other future economic growth through a partnership with Washington State University Tri-Cities’ Carson College of Business to sponsor some of the school’s upcoming programs along with Richland and Visit Tri-Cities.

“This will be for folks to participate in certificate-based skill programs, to be able to take as a series of courses all resulting in a certificate you can apply toward upskilling in your job,” Thomas said.

There will be a wide range of opportunities, including some taught at the Walter Clore Wine and Culinary Center, led by the wine servers at the WSU hospitality program.

“Each course has been designed in collaboration with industry professionals, starting with an industry needs assessment, development of topics and outcomes, and, finally, testing the course,” Thomas said.

Three courses will be offered this fall: certificates for wine tasting room server, cultivating service excellence, and fundamentals of business.

In addition, a course specifically designed for managers or owners, Financial Well-being of the Organization, is scheduled for fall. This course will be delivered online with live training sessions and organization-specific application activities.

“We see this as an ongoing workforce development program that builds on WSU’s operation of the Clore facility,” Thomas said. “We’ve been working with WSU to identify additional courses that would be able to be offered at the Clore Center just by virtue of its location and relationship with the wine industry.”

As a partner in the project, the port also manages event rentals of the facility.

“We’ve had it rented out pretty regularly over the past year or two to Washington wine and hospitality organizations,” Thomas said. “The Washington Wine Commission had board meetings there this year and Washington Winegrowers offered an educational course. It’s been fantastic to see a much greater focus on education and support to the wine industry.”

The region’s STEM tourism also has been a driver of economic growth and it was hoped the Hanford History Project would have been finished by this point, but continued supply chain delays held up construction, now estimated to wrap in the first quarter of 2023.

“The building can come together pretty quickly because it’s largely shelving for archival storage along with offices for the archivists, program manager and interns,” Thomas said.

This is the first phase with others planned once grant funding is secured.

“We are looking to locate more of our tenants in that facility that are related to Hanford history,” Thomas said. Materials could include items related to the USS Triton Sail Park, the Manhattan Project National Historical Park and the new LIGO Hanford Exploratory Center, or LExC.

“It’s continually evolving as we add components, but we’re just making sure we have enough space in the whole site plan to add the things we’d like to see there as the opportunity to fund them becomes available.”

Thomas said the next phase could begin in a couple years, but the project is a long-term development.

A lengthy effort to regain control of high-traveled railroad crossings finally allowed the port to rehab a Richland intersection during a multi-day closure in August, adding new panels, rail ties and repaving.

The crossing at Van Giesen Street and Highway 224 was the source of frequent complaints.

“It’s been a huge project that we often get comments about, that was neglected with deferred maintenance for so many years by our former rail operator,” Thomas said. The port evicted its longtime rail tenant and short-line operator, Tri-City Railroad, after it fell behind on maintenance for many years.

“Since we have the rail back in our control, we are making significant investments to help us make those crossings safer, and a little quicker,” he said. The Port of Benton has been working to replace aging railroad crossings
adjacent to the bypass highway. (Courtesy Port of Benton)

Thomas said the improvements may not be perceptible to most drivers but could reduce wait times by up to three minutes by allowing trains to move 5 mph faster.

The port recently replaced the crossing at Swift Boulevard and Cemetery Road, at the entrance to Sunset Gardens. Work on the Highway 240 crossing is planned for next year.

Other crossings had seen more recent improvements by the Port of Benton intervening and budgeting for it. By the end of the year, a request for proposals will go out for a permanent rail operator, currently run by interim operator, Railworks.

From rail to air travel, the port manages the Richland Airport, a site of many upgrades and investments in the past five years. From new hangars, an updated entryway, repaving and now new navigational lighting, the airport has benefitted from more than $8 million in investments.

A full replacement of the entire electrical system, including all runway and taxiway lights, is being funded by a $3.2 million grant from the Federal Aviation Administration. Work being done by Sierra Electric is expected to finish in November.

The port is seeking funding with state partners on an Advanced Energy Center to be built near the Pacific Northwest National Laboratory.

The project is part of a statewide coalition applying to the Economic Development Administration to invest in innovation clusters.

“If we are successful, we have letters of commitment from one large private business to lease space for laboratory production and carbon recapture and that would also provide a space for us to work with WSU Tri-Cities and Columbia Basin College on programming related to clean energy degrees and certificates,” Thomas said.

A second grant application, pending with the city of Richland, seeks funding for electrical transmission expansion to make properties at the north end of Richland more suitable for new development to keep investing in projects that promote economic growth in Benton County.

$369.00 (as of 05:53 GMT -08:00 - More infoProduct prices and availability are accurate as of the date/time indicated and are subject to change. Any price and availability information displayed on [relevant Amazon Site(s), as applicable] at the time of purchase will apply to the purchase of this product.)

(23802)
$15.99 (as of 05:53 GMT -08:00 - More infoProduct prices and availability are accurate as of the date/time indicated and are subject to change. Any price and availability information displayed on [relevant Amazon Site(s), as applicable] at the time of purchase will apply to the purchase of this product.)

(47275)
$41.76 (as of 05:53 GMT -08:00 - More infoProduct prices and availability are accurate as of the date/time indicated and are subject to change. Any price and availability information displayed on [relevant Amazon Site(s), as applicable] at the time of purchase will apply to the purchase of this product.)

(163)
$18.99 (as of 05:53 GMT -08:00 - More infoProduct prices and availability are accurate as of the date/time indicated and are subject to change. Any price and availability information displayed on [relevant Amazon Site(s), as applicable] at the time of purchase will apply to the purchase of this product.)

(160)
$12.99 (as of 05:53 GMT -08:00 - More infoProduct prices and availability are accurate as of the date/time indicated and are subject to change. Any price and availability information displayed on [relevant Amazon Site(s), as applicable] at the time of purchase will apply to the purchase of this product.)

(136)
$19.99 (as of 05:53 GMT -08:00 - More infoProduct prices and availability are accurate as of the date/time indicated and are subject to change. Any price and availability information displayed on [relevant Amazon Site(s), as applicable] at the time of purchase will apply to the purchase of this product.)

(7482)
$34.98 (as of 05:53 GMT -08:00 - More infoProduct prices and availability are accurate as of the date/time indicated and are subject to change. Any price and availability information displayed on [relevant Amazon Site(s), as applicable] at the time of purchase will apply to the purchase of this product.)
Powered by